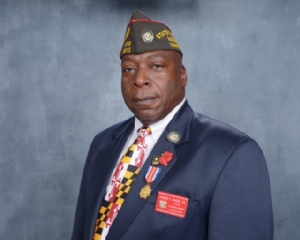 James entered the United States Army on April 4, 1981 and was honorably discharged on April 30,
2003. As a Personnel Sergeant, his tours of duty included Korea, Germany, Saudi Arabia, and
various other Overseas and U.S. locations.

James earned his eligibility for the VFW with the United States Army 44th Engineer, Combat Heavy,
Kimpo Airport, Korea, and also, from being stationed in Saudi Arabia under hazardous duty and
imminent danger conditions. As a civilian contractor, he served in Diwaniyah, Iraq where he fought
alongside both military and Blackwater organizations, and also served in Kabul, Afghanistan.